Aircraft SE-LJS for Swedish start-up Air Leap, former Swedish regional carrier NextJet and Avitrans Nordic, this Saab 340 was produced at Saab’s Linköping factory in 1990 and first delivered to Swiss carrier Crossair in December 1990 under the registration number HB-AKL. There, it joined 7 other Saab 340s that had been delivered to the airline between 1986 and 1990 (Crossair operated a total of 14 Saab 340s in its history, including SE-LJS). It remained with the airline until Crossair became Swiss International Airlines in March 2002, following the bankruptcy of Swissair. In May 2002, it was transferred to Romanian airline Carpatair and re-registered YR-VGO. There, it was greeted by 1 other Saab 340, Carpatair’s first aircraft, YR-VGM (Carpatair has operated a total of 4 Saab 340s in its history, including SE-LJS, none of which are still with the airline). After a 3 year stay with Carpatair, it joined German low-cost airline Dauair’s fleet in September 2005, along with 2 other Saab 340s from Carpatair and was re-registered D-CDEO. Dauair ceased operations in 2006, and SE-LJS was sent to Avitrans Nordic in May 2007 and operated alongside 4 other Saab 340s, 3 of which joined SE-LJS in its move to Swedish regional carrier NextJet in August 2010 and 2 of which had been with it at Crossair. This is where it obtained its current registration number. Avitrans Nordic was a Swedish charter airline that mainly operated cargo flights and wet-leased aircraft to other Scandinavian airlines. It ceased operations in August 2010. SE-LJS became part of NextJet’s fleet in August 2010 and flew with 8 other Saab 340s until NextJet’s bankruptcy in May 2018. In October 2018, along with 2 other Saab 340s from NextJet, it became part of Swedish start-up Air Leap’s fleet. SE-LJS has shared a similar history with SE-LJT with which it has spent time at Crossair, Dauair, Avitrans Nordic, NextJet and Air Leap. A total of 459 Saab 340s have been produced and all are powered by General Electric CT7s, albeit there being slight differences between each type of this engine. 22nd of November 2020.

Cat of the day on plane! 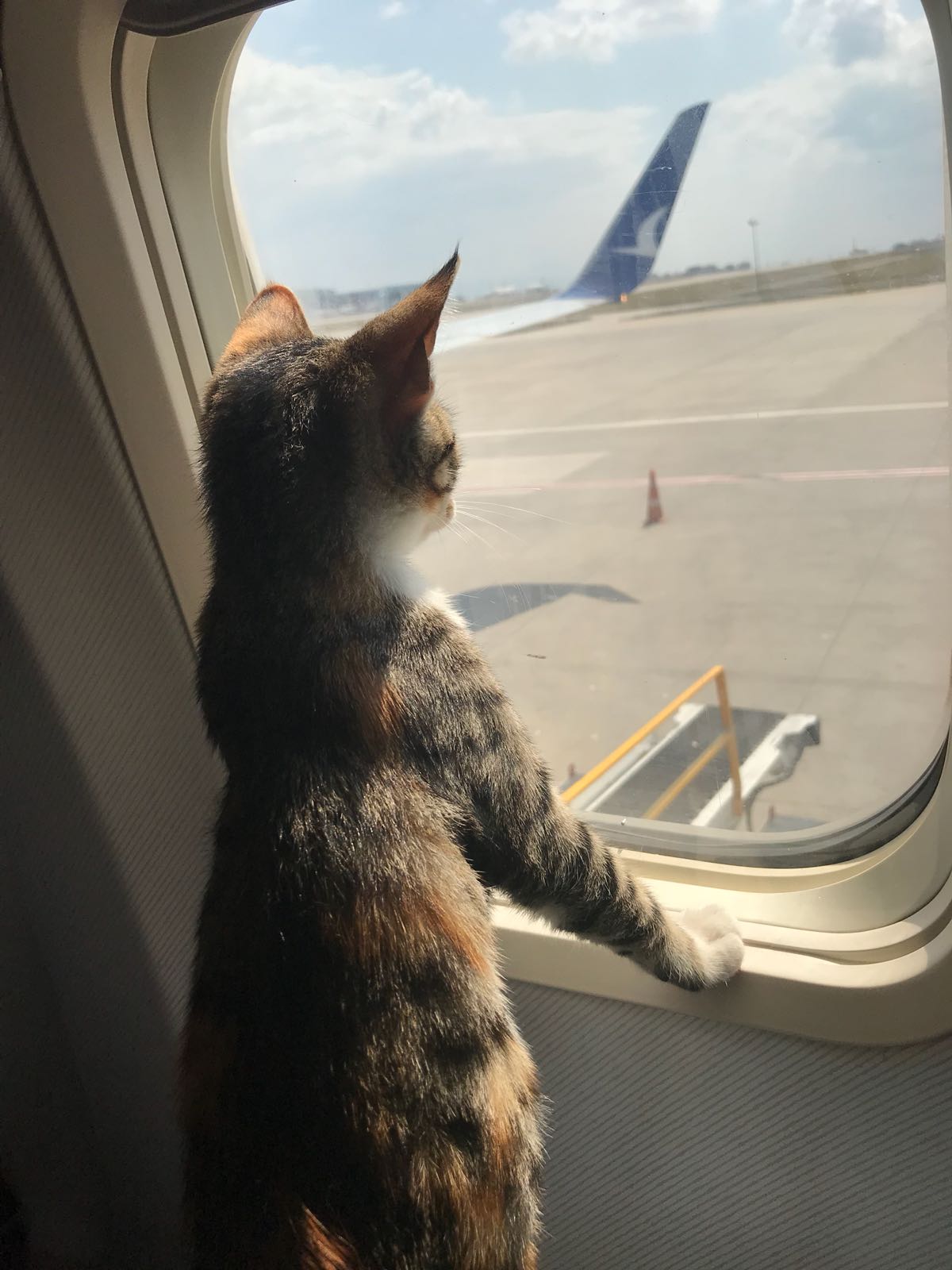